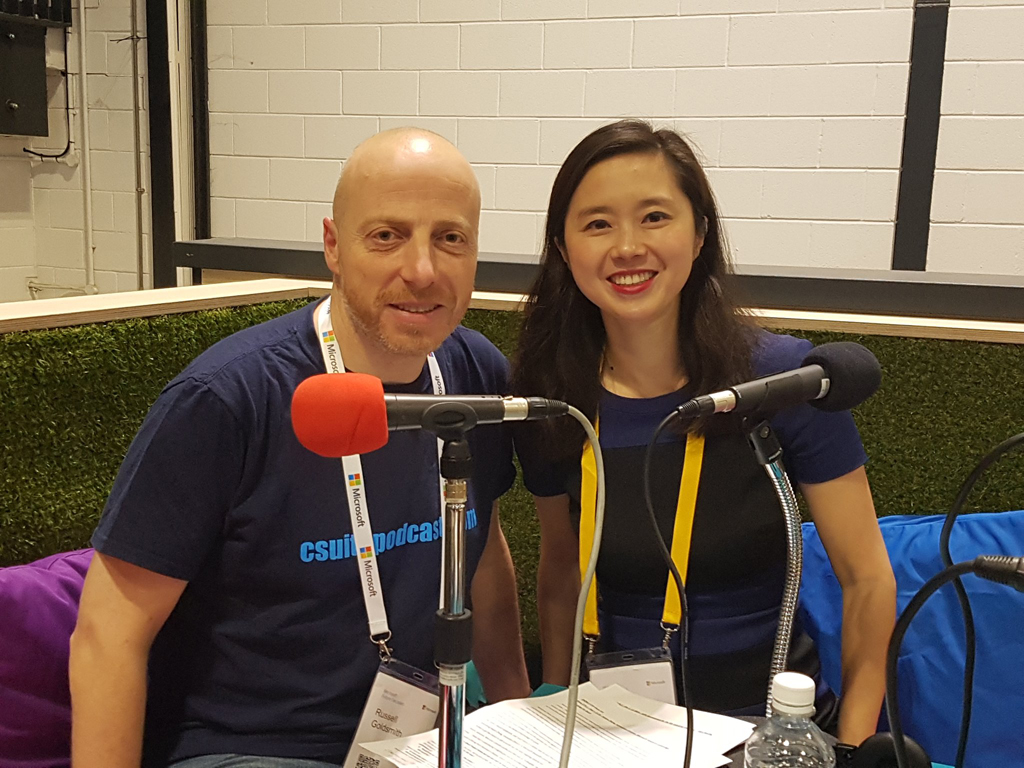 Having interviewed Microsoft UK’s CMO twice previously for the csuite podcast, we were invited to record content at Microsoft Future Decoded, which is visited by around 20,000 decision-makers, developers and IT professionals. The aim was to record as many interviews as possible with event speakers to widen its reach, giving those who couldn’t attend a taster of what was hot on the agenda, as well as an opportunity for those who were there to hear more. We interviewed 16 guests, including Clare Barclay, Microsoft’s COO and Gary Neville, ex-Manchester United footballer and Founder of University Academy 92, producing almost 2.5hrs of content across into three episodes.

The aim of the podcasts was to bring to life some of the messages we were landing at Future Decoded in a more informal way and a format that is really easy for people to digest and interesting to listen to. We worked with Russell for about three weeks running up to the event planning the speakers and content. Russell was very proactive with the brief and took the narrative framework, the session information and the key people and carved out questions and liaised directly with the speakers and their key contacts. He provided end summaries of the schedule and ensured he shared all updates and any blockers of how things were progressing. This new innovative way of communicating has worked well with our audience and has performed well on our social networks too as it is a different way to absorb content quickly. The professionalism of the podcasts and how Russell and his team conducted themselves at the event was noted by many senior leaders at Microsoft and we wouldn’t hesitate to work with him again.